I am working diligently on Pashmina. As I completethe final art, I feel challenged and discover new ways to communicate the story through art andwords. Even at this stage of final art I continue to learn and edit. The evolution of a graphic novel is excruciating but also wonderful. I cannot believe how far I’ve come in what seems like a short time – although I’ve been working on this book for 3 years now. The above page was in thepitch to publishers. Originally page 1 wasan establishing shot of Priyanka’s home. After a few manuscript revisions, page 1 was her school for a brief moment, until I settled on a driving scene. I trieda “soft opening” which includeda series of shots of Priyanka enjoying driving – hand out the car window, wind in her hair, listening to music. I wanted to contrast her feelings of freedomwith her worried mother and end it with her mom yelling, “PRIYANKA”. After one of many long conversations with my editor he made the comment that it’s better to start with action. I thought about that and shifted the panels. I began with her mom yelling and it felt right. Instead of an establishing shot, a soft flowing opening, we dive into STORY and their relationship. My editor suggested that I think about how my characters hands can look more natural, and to act out what my characters are doing. For months during the thumbnail process I would walk around our apartment saying lines and acting. Nick would giggle at me as I repeated some lines over and over trying to put myself mentally in the moment. While working on the story and revisionsI was thinking about Pashmina so much that it felt like Priyanka and her family wereliving with us. And in many ways, they still are. Finally I settled on the right hand placement and after thumbnailing the entire book for roughly a year (which included many revisions small and large) I started on final art earlier this year. As I looked back on the pitches, I thought, “Wow! So much goes into just one page!” I’ve always wanted to make a graphic novel but I never realized the amount of work it takes to visually communicate a long form story. From panelling, character design and acting to story development, line work and shading (and color!) it exercisesevery creative muscle – and I love it more and more every day! 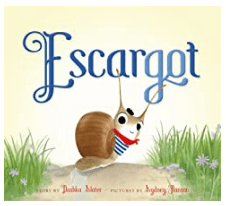 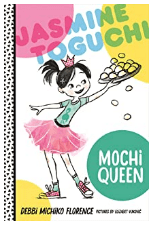