You are here: Home1 / marriage

My most personal comic about eggs and my first pregnancy is on the Nib.

I want to be clear that I am not anti-vegan nor am I making any correlations between protein and pregnancy. I used eggs as a vehicle to share my experience. I needed to make this comic and I needed to make it in a way that didn’t focus on the day of loss but instead on the before and after. For me those are the times that take the longest to process.

Thank you for reading and I hope you have a lovely week.

I’m releasing 10 custom ink drawings for Valentine’s day! You can snag one here.

today only our love you forever print is on sale for half off. also here comes the rain is still half off (until 12noon today). My friend Angela and I were talking about the busyness of parent life. As she was talking, she had the epiphany that we spend most our day saying NO to ourselves: no sleeping in, no time for a run, no time to shower, no time to read a novel… but when it comes to snacks and treats its an easy way we can say YES. It may not be the healthiest but we embrace these small moments where we can allow ourselves pleasure.

So last week the hubbahubba and I relished our two hours before bed, when baby was asleep, and we baked. one of my favorite times of day is when i talk and laugh with you before we drift into dreams. this is an older image. the one place i can always convince my hubbahubba to dance with me is in our apartment. and oh my do we dance! some of my favorite times are when we’re in our pjays shimmying to records.

also a friendly reminder that today is the last day to order prints & such and guarantee arrival by christmas. our good friends angela & lefteris are getting married! we’ll be at comicon during their nuptials next week but know that they will have a long, happy life full of love, together. ^_^ 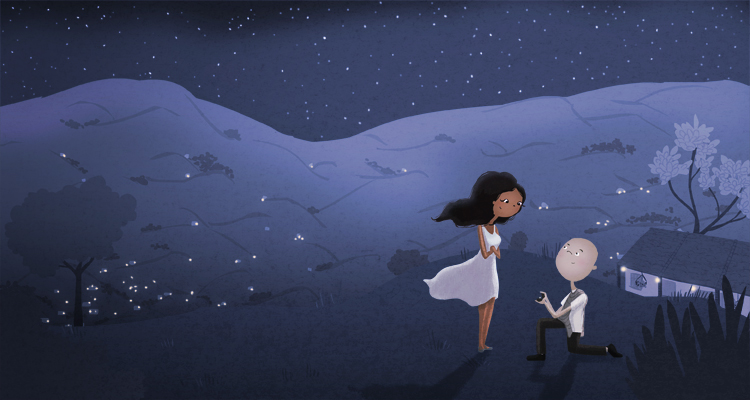 this is a commission i completed last week – i was really happy with how it turned out.

i hope you’re having a lovely week!

Your order is greatly appreciated! To reduce exposure we only ship once a week. Thank you! Dismiss