my account | login
Blog
You are here: Home1 / Blog2 / comics3 / Today not someday Nick and I have been together for nearly 16 years. It’s easy to forget the person you share your life with is an individual. I regularly have conversations with Nick in my head, assuming his responses and reactions. Our recent relationship go-to phrase is “assume the best of me” whenever we fall into a familiar place of frustration. We’ve grown together as a team. We choose, more often than not, to love each other instead of fight. It’s not easy! But Nick teaches me regularly to choose love.

As we watched Queer Eye earlier this year, shedding tears and fueling up on hope, I heard his wish for an opportunity like the folks on the show. A plan began to formulate. I typically plan Nick’s birthday months in advance because my schedule is bananas AND ALSO because I love birthdays! I told a small set of friends and they agreed it was a good idea. I was nervous Nick wouldn’t be into it without the fab five but they assured me he’d like it. I finished my grand plan in April and I’m very proud to say that I didn’t spill ANYTHING. In addition to a party, I treated him to a day inspired by Queer Eye, where he could focus on the wonderful, beautiful person he is – because everyone deserves to see themselves through the lens of love. On the morning of his birthday, I presented him with his schedule and funfetti waffles. I think he was in shock as I ushered him out the door. His first appointment was Orange Theory (which he was late to because preschoolers don’t understand tight schedules but they were so welcoming and excited) which was inspired by Karamo, then inspired by Tan, a stylist through Macy’s (did you know that’s a free service they provide?!), followed by a barber shop for a facial, shave and cut (he hasn’t had a haircut in 10 years!) inspired by Jonathan, afterwards a day spa where he had his first pedicute and finally he joined us for homemade bahn mi sandwiches and cake that I decorated with the kid, Antoni would be proud!

We missed the home make over, because I cannot be Bobby! But the Nick make over was a success! He told me he could never have imagined what I had planned and that he felt pampered and lucky. He had new experiences, a new do and new wardrobe…  and I’m so happy that on his 40th birthday he felt relaxed and loved!

Thank you Queer Eye for the queerspiration!

And happy birthday, my love! 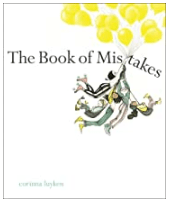 disney in june! Residency and Binny’s Diwali
Scroll to top